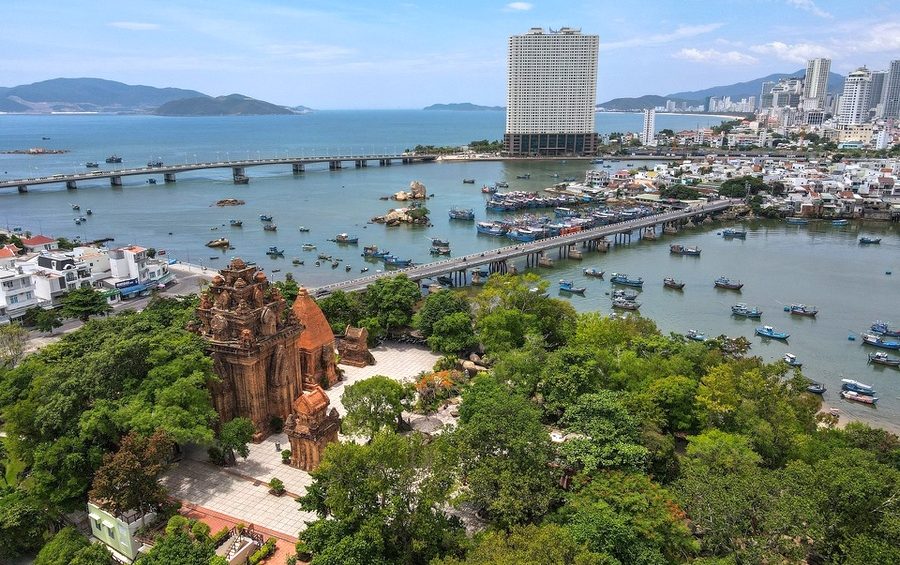 The Po Nagar Cham Tower is the name of the main temple in a complex Cham towers built approximately before 781 A.D. which is located on a hill near the Cai River, 2km north from Nha Trang City. Travelers can easily get to the complex by bus, taxi, motorbike and even bicycle via Quang Trung Road (which becomes April 2nd Road) north across the Ha Ra and Xom Bong Bridge, or via the Tran Phu Bridge along the beachfront road.

This is one of the significant historical and religious relics of the Champa Kingdom, consists of eight towers constructed between the 7th and 12th century. However, only four of the eight remain intact (all face east), each of which shines different Hindu deities and possesses its own architectural style because of building in different periods. The tower is a historical, cultural relic and also a typical scriptural work of Cham people. All towers were built using bricks and decorated with ceramics and stones, and without any kind of mortar or adhesive, all bricks were stick tight together.

The annual Po Nagar Festival is organized from 21st to 23rd March of Lunar Calendar to praise the merits of Thien Y Thanh Mau Ana, the Goddess who reclaimed new lands, kept the race alive, found the rice and taught the local people to cultivate and make handicraft products. In the festival, many traditional activities of Cham people are operated such as ceremonies to pray for peace, happiness and prosperity, performances of singing, dancing and acting out old stories… to honor their Goddess.