Arrive in Saigon. The guide and car will pick up and transfer to hotel for check-in. Overnight in Saigon.

In the morning, pick up from hotel and start the trip by visiting Reunification Palace (Ex-Presidential Palace) that was built in 1962 and is well-known as an outstanding example of 1960’s architecture, Notre Dame Cathedral, Center Post Office, Ben Thanh Market – the symbol of Saigon. Learn more about China town through visiting Binh Tay market – the biggest wholesales market in Chinese town, Thien Hau temple – the worshipping place of Chinese community.

After lunch, drive to Cu Chi tunnels, then you can learn more about the mystery of Cu Chi Tunnels by watching a documentary film. You will have a chance to know, see and discover the system of tunnels deep underground; can withstand the destructive power of the bomb attack by most of the US military. The air is taken into the tunnel through the vents, which include 3 grounds: from the ground to the first floor is 3m deep, to the second floor is 6m deep and to the third floor is deeper than 12m. Tour guide will show how the tunnel works. Then visit a command center where visitors can eat meals that the Viet Cong fighters had eaten such as rice, typically steamed tapioca and hot tea. After that, discover Hoang Cam smoke-less stove, secret hide-outs, fighting bunkers, dangerous booby traps and rice paper workshop. You also have chance to try shooting a variety of Vietnam War era weapons such as the M16 rifle or AK-47, as well as a light machine gun like the M60. Drive back to hotel in Saigon. Overnight in Saigon.

After breakfast, pick up from hotel and transfer to Ben Tre – Mekong Delta. Upon arrival at Ben Tre, you will cruise down the busy branches of Mekong and into a peaceful canal to see the daily life of farmers. Begin biking on backcountry roads passing through rural villages, rice paddy fields, rivers and canals. Then stop and visit coconut processing workshop and sightseeing daily activities. Next, stop at farmer house for seeing mat weaving and try exotic seasonal fruits unique to the region. After lunch at local restaurant, discover the real life in village by bike, come to workshop to see people make rice paper cake and visit local Cao dai temple. Get along riverside to go back. Transfer to hotel in Ben Tre. Overnight in Ben Tre.

Free on your own until check-out. Pick up from hotel and transfer to the airport, catch a flight to Da Nang. Arrive Da Nang in the afternoon, transfer to Hoian check-in at hotel & relax on your own. Overnight in Hoi An.

Set off your day by bike riding around Hoi An Town and exploring Hoi An Central Market is top on the must-do list. A joyful ride along the narrow streets of Hoi An and a following visit to the local temple or some traditional Vietnamese houses, then the 400-year old Japanese Covered Bridge, Phuc Kien Meeting Hall, Tan Ky House are suggested for your to-do list in Hoi An. Wander around some fishing villages, Cua Dai Beach, the ride paddies to the village of Tra Que and meet the friendly local people here to discover the agriculture work in Hoi An and the peaceful life of the countryside. Lunch will be served in a local restaurant at your desired time.

In the morning, visit My Son Sanctuary, one of the UNESCO World Heritage Site and the most significant ancient monuments of Champa culture and religion in Vietnam. Influenced by the Indian civilization, My Son is considered one of the Southest Asian grand cities besides Angkor (Cambodia), Bagan (Malaysia)...Walking around this ancient kingdom to discover the Archaeology remaining from the 4th to the 10th century.

Back to Hoi An town and free time for shopping.

Travel to the bustling port town during 16th and 17th century. Until now, it remains an unspoiled peaceful picturesque Tra Nhieu village besides the alluvial river. The village's road is bound by the local garden shaded by scented betel-nut tree. Here you can wander around the village with a bicycle to discover the local's daily life. You can see some traditional handicrafts and agricultural group activities in farming, fishing and sleeping mat making for example. Afterward, you will be taken on a boat with local fisherman to try casting a net and go fishing. Take a rest and have lunch with Vietnamese dishes at a local house before riding to the wharf and back to Hoi An.

Free on your own until check-out time. Flight to Ha Noi in the afternoon, guide and car will pick up and transfer to hotel for check-in. Relax on your own. Dinner & overnight in Ha Noi.

Pick up from hotel and transfer to visit Ho Chi Minh Mausoleum Complex including Ho Chi Minh Mausoleum - the final resting place of Ho Chi Minh, the most iconic and popular leader of Vietnam, known to his people as ‘Uncle Ho’; his house-on-stilts which was built in the style of Vietnam's ethnic minorities, where he lived for most of his remaining days and One-Pillar Pagoda, built of wood on a single stone pillar, designed to resemble a lotus blossom, the symbol of purity, rising out of a sea of sorrow. Continue to visit Temple of Literature, which is a rare example of well-preserved traditional Vietnamese architecture. Founded in 1070 by Emperor Ly Thanh Tong, the temple is dedicated to Confucius (Khong Tu) and honours Vietnam’s finest scholars and men of literary accomplishment. It became Vietnam’s first university in 1076.

After lunch, you will visit one of the special museums - Vietnamese Women’s Museum, which gives an excellent museum showcases women’s role in Vietnamese society and culture. Then head to Hoan Kiem Lake, an oasis of calm right in the heart of the city; nearby Ngoc Son Temple, which is reached via the red-painted, wooden The Huc Bridge. Move to Thang Long Water Puppet Theatre to enjoy the traditional water puppet show. Back to hotel after the show ends. Overnight in Hanoi.

After breakfast, take a nearly 2-hour drive from Hanoi to Ninh Binh and you will visit various handicraft workshops dotted throughout the countryside along the path. Have lunch at a local restaurant and then take a boat ride to explore the beautiful scenery of Hoa Lu Tam Coc, which is known as ‘Halong Bay on Land’. The stunning natural setting boasts endless rice paddies surrounded by towering limestone karst mountains. Transfer onto small rowing boats to voyage cross the canals meandering through the charming yellow and green fields. Pass through local villages and take a glimpse into the daily lives of the villagers. Also visit a workshop to see the intricate process of hand embroidery, which has been practiced by the local inhabitants for thousands of years.

After lunch, transfer to hotel for check-in. Relax on your own. Overnight in Ninh Binh.

After breakfast, take a drive to Mai Chau and along the road, take several stops to admire the magnificent view and then enjoy a visit to a bamboo chop sticks-making factory. Arrive in Mai Chau and visit a local family who will invite you into their house for a home cooked meal. During the meal, the family will tell you all about their life and culture. Carry on to the hotel and enjoy the rest of the afternoon at your own leisure.

In the moring, relax a little bit before you embark on a bike ride through the breathtaking landscapes of Mai Chau together with your guide. Enjoy biking through lush green rice paddies and interact with local residents working in the fields. Get out your camera and admire the magnificient mountains and valleys which meet us at every turn of the road. You will have the opportunity to visit several villages and explore the exotic local lifestyles, culture and customs. After lunch, drive back to Hanoi.

Enjoy scenic 4-hour drive from Hanoi to Halong Bay and experience the spectacular scenery of Ha Long bay on a Traditional overnight cruise. Enjoy welcome drink and then, receive cruise briefing, check in cabin and begin your cruise. Have lunch while cruising through Fishing Village, Islands, Beach and stop at beautiful caves on Ha Long Bay. You can go swimming, kayaking or explore the mysterious dark cave. Enjoy a cooking demonstration with the Chef as he prepares traditional Vietnamese spring rolls. Dinner is served on board. Overnight on board.

Enjoy a Tai chi session on the sundeck in the morning, with a light breakfast of tea, coffee and pastries. Afterwards, set out to explore other cave, and then head back to the ship for a full breakfast buffet. After check-out, you will visit Tuan Chau Island by vehicle from Halong to Hanoi. Free & relax on your own. Overnight in Ha Noi.

After breakfast, free on your own until check-out. Transfer to Noi Bai Airport for the flight back home.

End of our service. 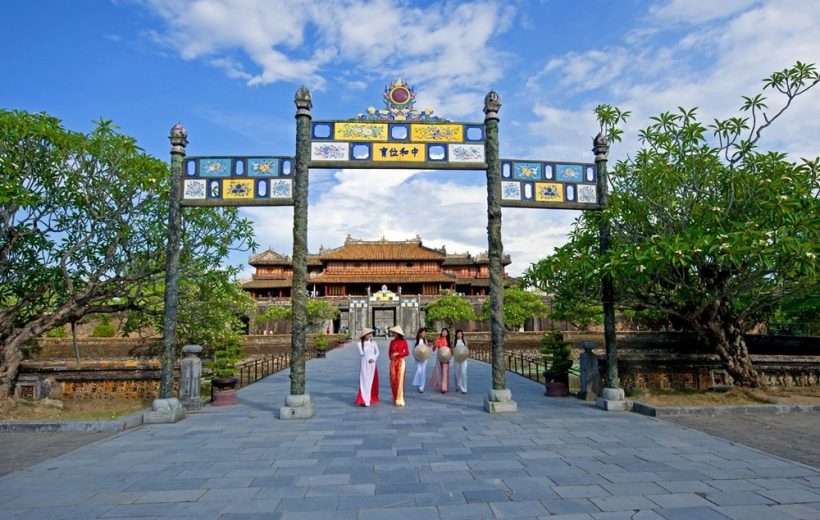 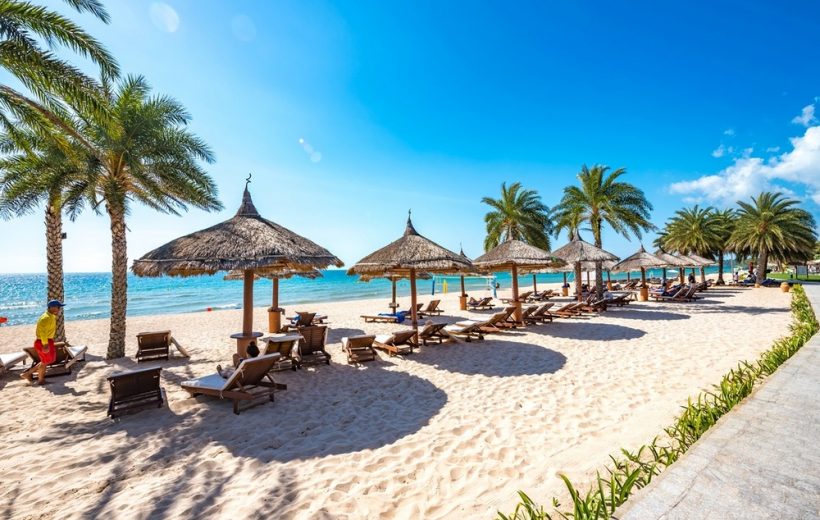